On 7th October 2018, one of our members John Geddes turned 100 years of age! In light of this amazing milestone, we wanted to wish him a personal “Happy Birthday” from all of us here at No1 CopperPot and learn more about John’s life. We were lucky enough to be given a biography of John’s inspiring career over the years. Here’s an insight into the career and life of John… 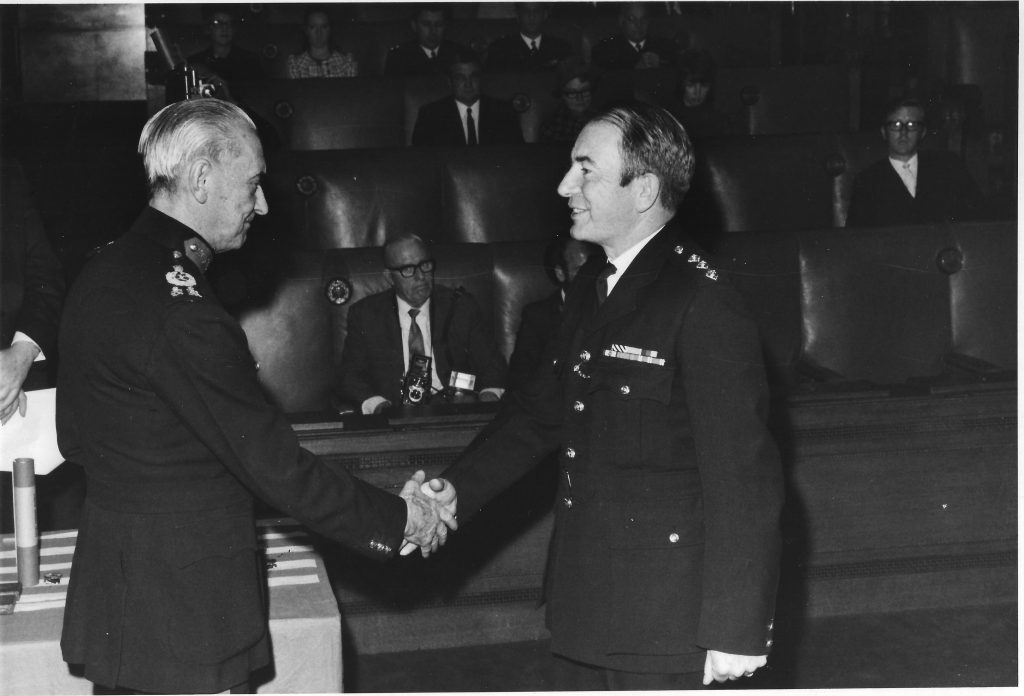 “I was born in October 1918 in Battersea, South West London, one of seven children. I was educated at Clapham Central School and the City of London College, where I completed a commercial course. I obtained qualifications in accountancy, shorthand and typing. I was eighteen then, and the Metropolitan Police were looking to recruit 18 year olds as Clerical Assistants before joining the force at the age of twenty. I was accepted and worked at Hendon, where the Police College and Driving School were based.

In August 1938 I commenced training as a Police Officer at Peel House, The Met’s Training School in Victoria. On completion of training I was posted to Hackney in the East End of London. On the outbreak of war I was transferred to Arbour Square in the area of London Docks where the Blitz began in September 1940. In 1941 I volunteered as a Navigator in the RAF and was called up in April 1942.

After completing Navigation training I was posted on 28th September 1943 to 431 Squadron RCAF where I completed a tour on 24th January 1945 consisting of 36 operations. By this time I was now a Flight Lieutenant and had been awarded the DFC.

I was then taken off operations to commence a tour of training navigators at the Empire Air Navigation School. By now the war had ended and in January 1947 and I returned to the Metropolitan Police. Having found my time as an instructor rewarding I decided on a career change and attended teacher training college and became a school teacher.

In 1956 I re-joined the Met where I served at Leyton as a PC, Commercial Street and West Ham as a PS, Ilford as a SPS (Station Sergeant). And New Scotland Yard until October 1973 when I retired in the rank of Superintendent.”

John, thank you for your loyalty to the Credit Union over the years – we value your membership! From everyone here at No1 CopperPot Credit Union, we hope you had an amazing birthday!